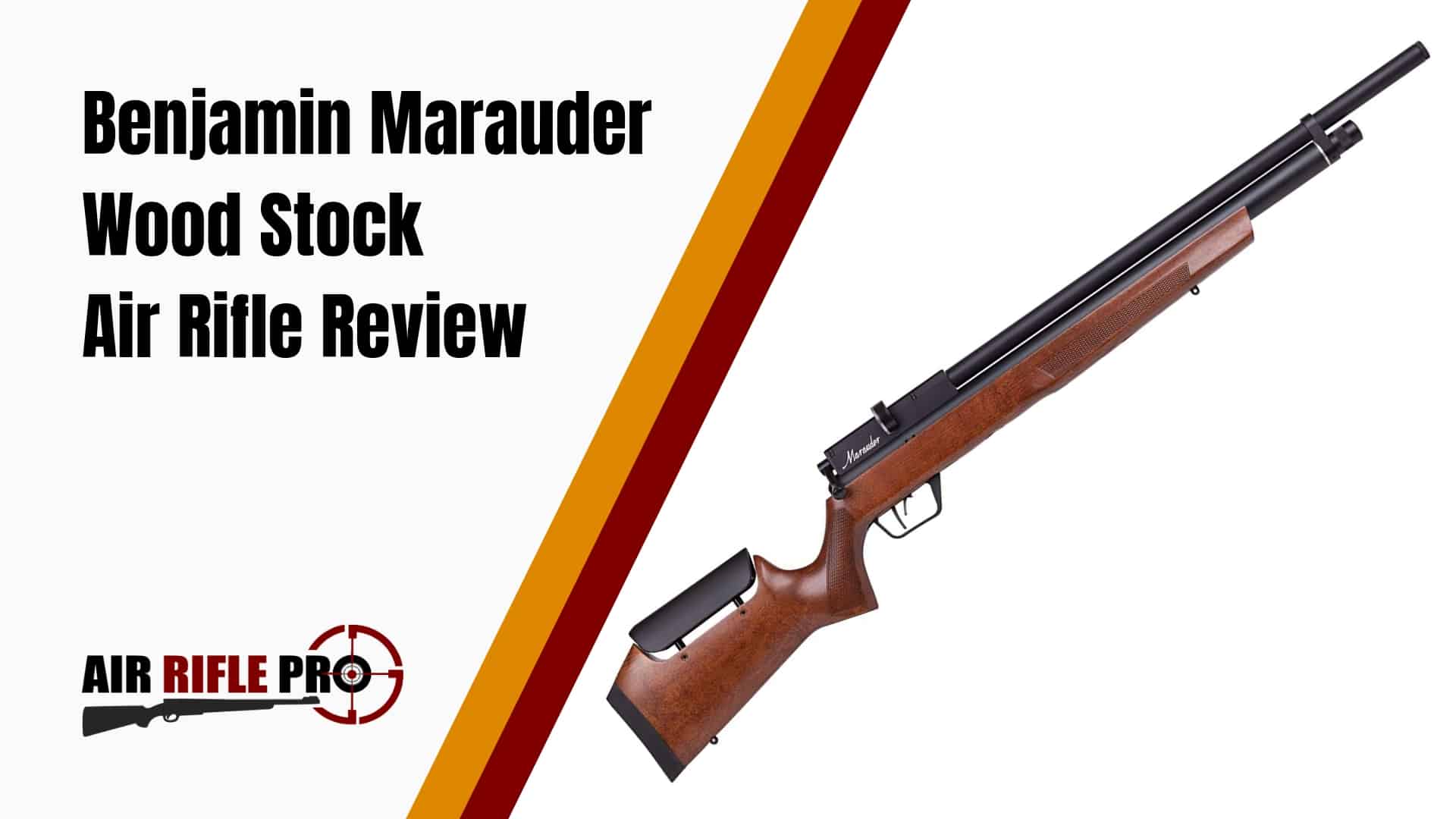 The Benjamin Marauder Wood Stock Air Rifle is a pre charged pneumatic (PCP) single shot air rifle that comes in three calibers, being the .177, .22 and .25 cal.

Dependant on the calibre, it can reach up to 900 – 1100 fps. The .25 cal model can generate up to 50 fpe. It stands out with its rebalanced wood stock that not only looks, but feels impressive.It is 42.5 inches in length from the tip of barrel to end of the butt stock. It also has 11mm dovetail grooves.

PCPs are usually much more accurate than the single pump gas ram or spring-piston type of airguns. Unlike a break barrel rifle, when you pull the trigger there are no heavy parts jumping around inside the rifle. It stays dead calm, essentially zero felt recoil.

This permits the rifle barrel to remain steady while the pellet travels down its length, allowing accuracy that is impossible to obtain with break action air rifles. This high level of accuracy is true of the Benjamin Marauder.

The other benefit of using PCP air gun is that it is often more fun to shoot. Once you fill it up you get a certain number of shots, instead of having to constantly cock it like a spring piston gun. With a max psi of 3000, the Benjamin Marauder retains a high level of power for longer.

This air rifle is also able to reach out to longer distances more accurately. As you don’t feel the recoil like a spring piston air gun, this can also translate to you being able so see the impact through the scope. The significant weight of the gun and its great trigger also helps with the performance of this air rifle.

With all these features, the Benjamin Marauder is definitely no toy. With a heavy pellet, it will go right through a 3/4″ pine board. As it is so accurate, you might even find that it gets a little boring if you are shooting it regular as it consistently hits it mark!

The Benjamin Marauder also comes with a rifled and shrouded barrel for accuracy and resonance dampening. It is baffled for silence straight from the factory. When you go to use this air rifle, you will find that it is very, very quiet.

Some shooters have even been able to shoot one squirrel and another squirrel close by not even notice or hear the shot. The main thing to worry about is the sound that is made when the pellet hits the target – that’s louder than the actual shot out of the air gun.

This rifle is heavy, which isn’t necessarily a bad thing! If you’re going to be carrying it around though, you will most likely want to consider getting a sling. It doesn’t usually come with one, but has the capability to attach a sling as well as a bipod if desired.

This air rifle is the perfect option for target shooting, pest control, small game and varmint hunting. Game as large as turkey, fox, hogs and coyotes are no match for the Marauder’s relentless accuracy and quiet power.

Which Benjamin Marauder Caliber Should I Get?

As the Benjamin Marauder is available in 3 calibers, being a .177, .22 and .25, you may be interested in adding one to your air rifle collection, but you may not be sure which one to select that will best meet your shooting needs.

The first question you should ask is whether what your shooting involves a demand for accuracy at distance and what energy is needed when the round gets to the target.

If your shooting tends to be frequent precise shots at fairly close range, then the .177 is possibly going to be a good option. It is has a cheaper initial purchase cost, ammunition is cheaper with lots more options, plus a larger number of shots per fill with a highly reasonable performance at closer range.

If you are looking at slightly larger targets, then the .22 is also an option as the “inbetweener”. It is a similar pucrchase cost, though there is a slight increase in the ammo cost.

With the .22 cal, you should be able to get about 30-40 shots from it before you need to fill it again. It shoots very accurate, until the pressure gets below 1500-1750. Some might find that the barrel on the .22 is a bit on the large size.

If you are taking infrequent shots at larger targets and need greater effect at a distance, the .25 caliber dominates the decision without question.

The .25 caliber model of the Benjamin Marauder comes with a significantly better quality barrel than the .22 cal. The .25 cal also provides a larger and more stable bullet at distance and the greater energy is more effective on larger game.

The downsides are that due to the Green Mountain barrel and a few other special parts, the .25 costs more to purchase. The ammo is also more expensive per shot, and you get fewer shots per fill as each shot takes more air.

The quality of the .25 barrel in comparison to the other models is such that it enjoys the most frequent praise in spite of the additional cost to purchase and the increase in ammunition cost.

Best Pellets To Use with the Benjamin Marauder

It’s usually a no brainer to use pellets created by the same manufacturer of the air rifle, and Benjamin has created these high quality, precision 27.9 gr heavy weight  pellets that are perfect for the Marauder .25 cal.

The extra weight of these pellets gives them great knockdown power. These premium domed pellets are designed to compliment the power and accuracy of Benjamin .25 cal PCP guns, and will enhance the performance of any and all air guns.

Accessories For the Benjamin Marauder

Aside from the rifle, if you don’t already have one, you will need either a hand pump or an air tank with a yoke to get air into the gun. The hand pump can be a lot of work, and smaller individuals will struggle to get over 2000 psi, let along to the max amount.

Pumping it up by hand 4 or 5 times will certainly raise your heart rate no matter how strong you are. Expect to take at least 100 pumps by hand to completely fill the air reservoir.

Our recommendation would be to get a scuba tank. Once you fill your scuba tank, it will last for quite a long time. Remember, to use the scuba tank, you will also need an adaptor, such as the Scuba Yoke Adaptor For Benjamin/Crosman PCP Airguns. 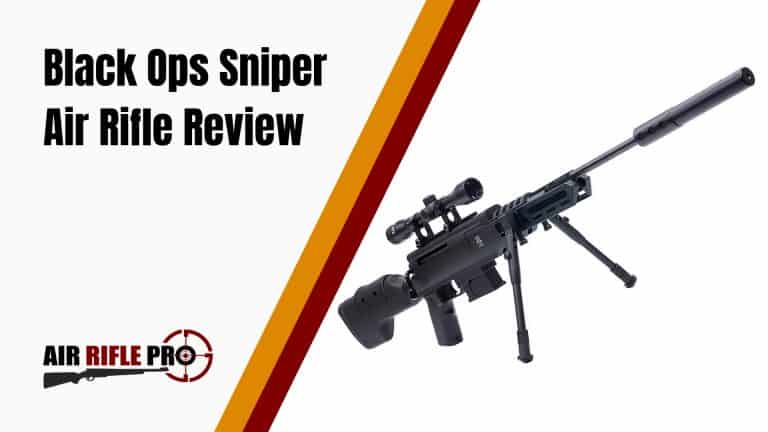 The Black Ops Sniper Rifle is a .177 calibre air rifle, and can be used with any .177 pellets. It’s a perfect air rifle for shooting small game and eradicating pests such as squirrels, rats and starlings. Features of the Black Ops Sniper Air Rifle Basic features include a rifled barrel, 44″ in total length,… 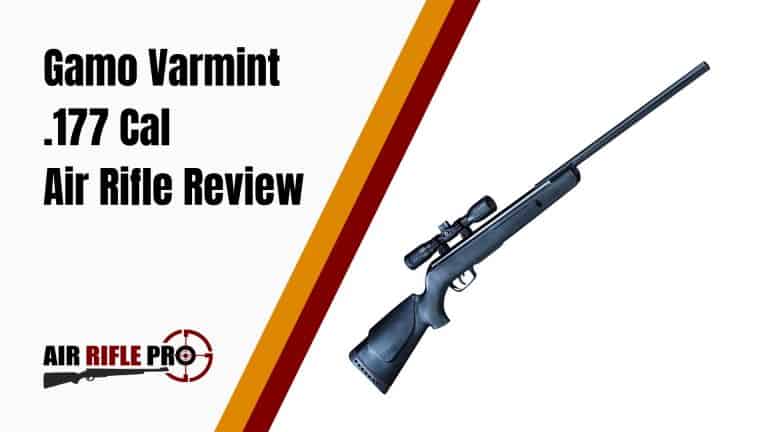 So, you are looking for an air rifle that is high-quality but with an affordable price? Are you tired of investing in low-end rifles that need more repairs than they offer in efficiency? Want an air rifle that will finally put a stop to those annoying varmints that are terrorizing your garden greens? Well, the… 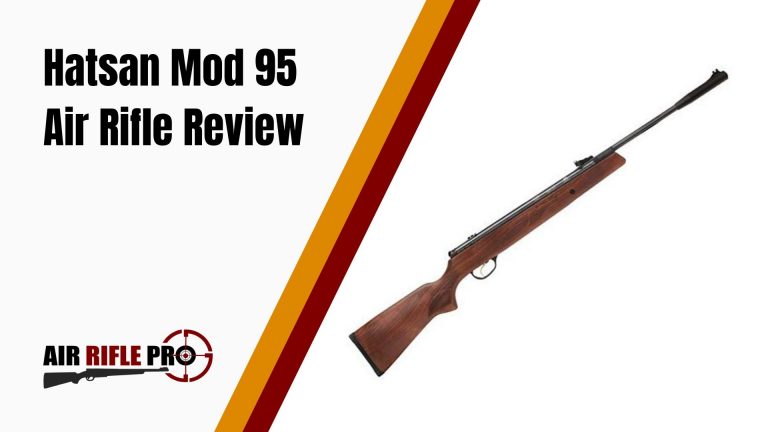 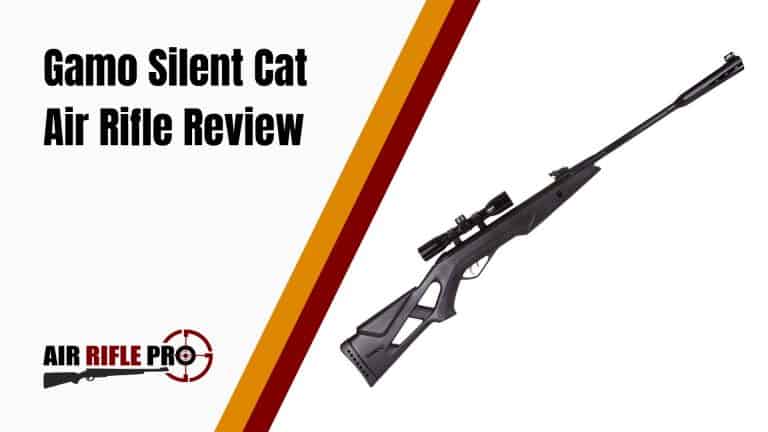 Do you have a pesky rodent problem? Are squirrels or rabbits getting into your vegetable garden or raiding your bird-feeder? Or are you thinking about becoming a marksman and take up target shooting? Maybe you just want an air rifle that’ll do a bit of everything. With the sheer number of firearms and air rifles… 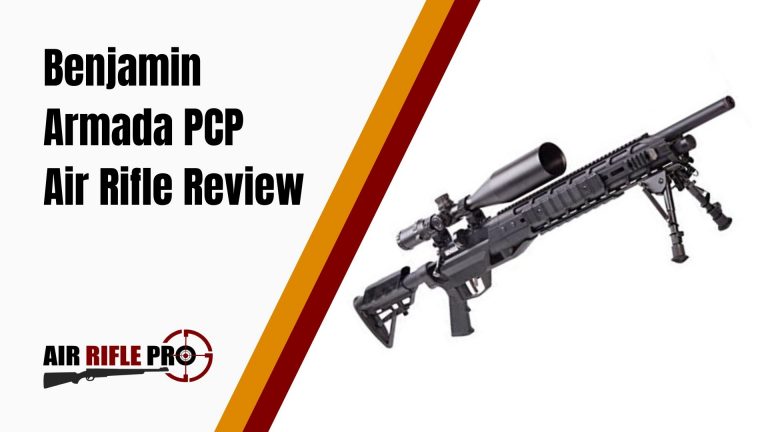 The Benjamin Armada PCP air rifle and its predecessor, the Marauder, revolutionized the airgun market. These two best-sellers offer features that weren’t available to the public before, which is why they’re considered game-changers. Now, anyone can buy this pre-charged pneumatic (PCP) air rifle and go hunting. The Benjamin Armada has a lot of benefits that… 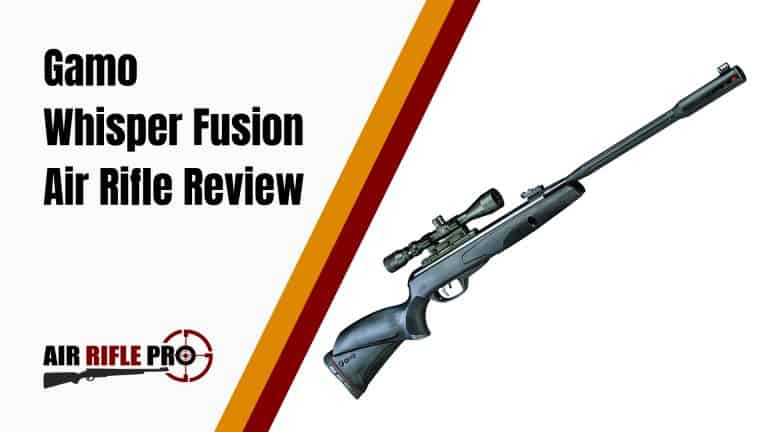 Gamo air rifles are popular to many people so far. Today I’m going to review the Gamo Whisper IGT Fusion Air Rifle. I’m going to look at the key features that make this product distinct from other rifles in this category. This product is 43 inches long, and its barrel is 18-inches. Some of the…