The decision to buy an air rifle is an extremely wise one, which could actually be lifesaving. However, buying an air rifle is not a straightforward task. There are a variety of factors that have to be examined and explored.

The greatest factor that requires consideration is the specific caliber of the air rifle. Even though there are various calibers from which to choose. The three main ones are typically the .22, the .20 and the .177. Individuals who are not knowledgeable in choosing calibers will likely think that bigger is better. However, this is not necessarily accurate as each has its own set of benefits and drawbacks.

Below are details of the different calibers of air rifles previously mentioned:

Note – yes, we know that there are more calibers available, such as a 25 caliber.  For the purpose of this article, we just shared the top 3.

This pellet is superior in size and weight to the .20 caliber and the .177 caliber. Of the three, the .22 also has the most superior down range knockdown power. One of the drawbacks of the .22 caliber pellet is that its range is the shortest of the three.

Depending on the pellet, its effective range is approximately 45 to 50 yards. If wild woodchucks, raccoons, crows, jack rabbits and other larger pests, a .22 caliber air rifle will be your best option as it has remarkable knockdown power.

A number of manufacturers of .22 caliber air rifles typically make the .20 and the .177 versions as well. If the air rifle will be used primarily for hunting, you should go for a .22 caliber unless the desired prey is at a distance of over 50 yards.

If it is at longer distances make sure you choose a powerful .22 caliber rifle. You should consider getting one that is a minimum of 800 feet per second (FPS).

There are a number of individuals who believe the .20 caliber air rifle is the finest for overall use. It provides much more superior knockdown power in comparison to a .177 caliber and a fairly flat trajectory remains.

Regrettably, there are not much .20 air rifles available and they are typically more costly. This is because they are only produced by higher end manufacturers. This caliber is the favorite of the hardcore air gunners.

The .20 caliber (5 millimeter) pellet has the capacity to carry 40 percent more energy in comparison to a .177 caliber pellet and still the trajectory stays virtually as flat. This caliber air rifle is remarkable at taking down bigger small game particularly when distance is an issue.

Depending on the rifle used, a .20 caliber pellet is operational up to approximately 60 yards. A good pellet might allow you to increase the distance by a few more yards.

The .20 caliber is, without a doubt, quite remarkable. Unfortunately, price is a big factor and only a few options are out there. There are some pump style air rifles that can be bought in a .20 caliber for an affordable price.

These are ideal for close range hunting (between 25 and 30 yards); however, they lack power to be effective at hunting at longer distances. This would be a good option if you would like a pump pellet rifle for close-range varmint hunting or target shooting.

If you are looking for a top-of-the-line air rifle and it falls within your budget, you should seriously think about getting one of the .20 caliber rifles from Beeman. These are high-end, top-quality rifles that are also backed by a lifetime warranty.

Finally, there are the .177 caliber air rifles and when all is said and done, these rifles are the most suitable for anyone who would like to shoot over long distances. Even though it is a little less powerful than the previously mentioned air rifles, it has the capacity to considerably increase the distance.

This specific caliber is ideal for killing pests, small targets and animals. These weapons have the capability of travelling 1250 feet per second. For those who would like to perfect their long distance precision, you will require a .177 caliber air rifle.

By far, the .177 caliber is the most commonly used caliber available today. These .177 pellets are the tiniest of the three calibers and they can be fired at the uppermost velocities for given quantity of air gun energy that provides the flattest trajectory.

With a flat trajectory, you will get greater precision from longer distances. If target shooting is the primary purpose of your air rifle, then you should go with a .177 caliber air rifle.

A number of .177 caliber air rifles are sold to customers who would like access to the best of both worlds. They want the means to kill small pests and down range precision for target shooting. Another feature of the .177 caliber is that there are a number of different rifles to choose from and many different price ranges.

Your Caliber Will be Determined by Your Needs

The details above make it possible for you to easily see that the different calibers are suitable for different needs. Bearing this in mind, you will have to figure out how you will be using the rifle.

For example, long distance shooters and snipers will require the smaller .177. For those who would like to have up close and personal access to their prey, the larger .22 caliber air rifle would be a better choice.

Overall, the different calibers of air rifles have their own benefits and drawbacks. If you would like to make the right decision for you, you will have to evaluate your particular desires and needs. The information provided above is designed to assist in guiding you in the correct direction. 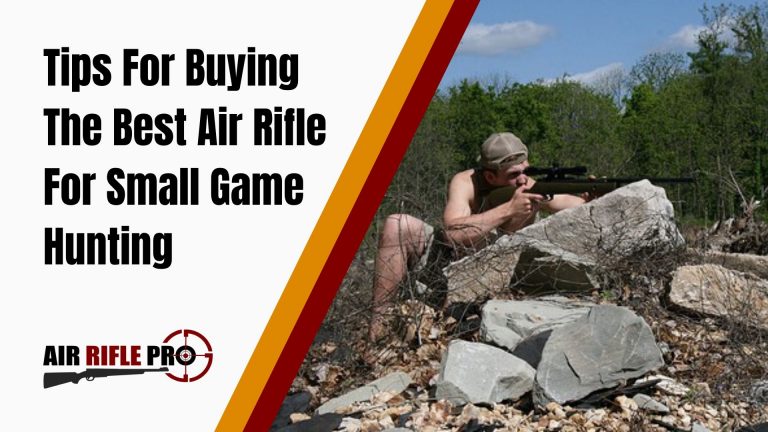 Hunting can be quite the exciting challenge for an outdoor enthusiast. This is especially the case when the prey happens to be in the form of small, difficult-to-hit, and increasingly-cunning creatures. Your success here depends on several factors, the most important of which is the means you will be using to take down your targets…. 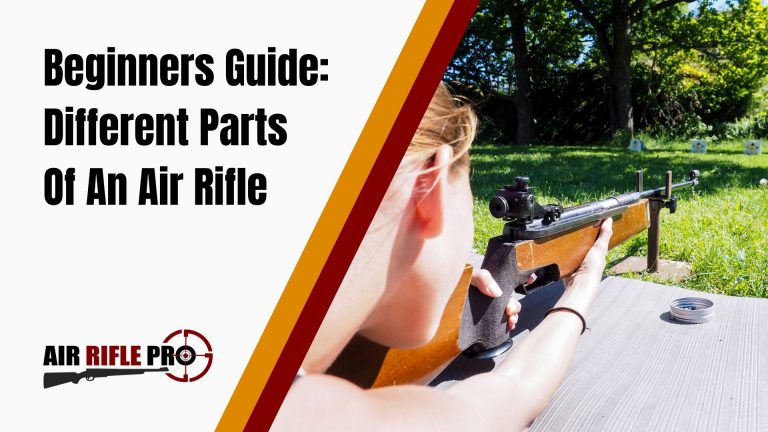 Pellet guns and air rifles are great as a hobby or for professional competition shooters. No matter what your skill level is, it helps to know the various parts of your air rifle. Understanding what each piece does can help you make customization, fix things that go wrong, and overall make you a better shooter…. 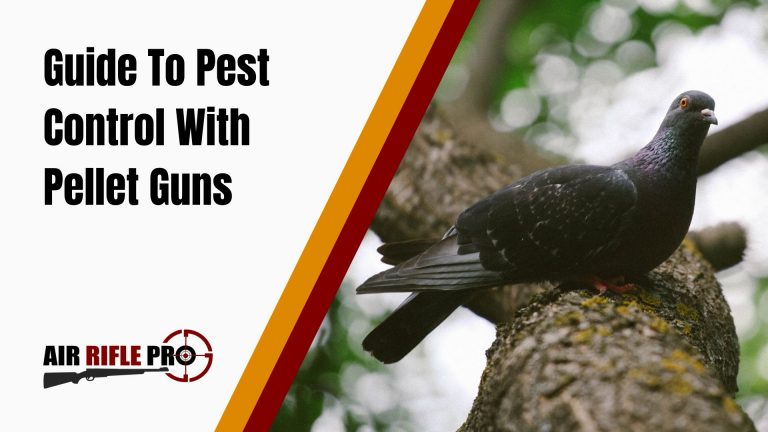 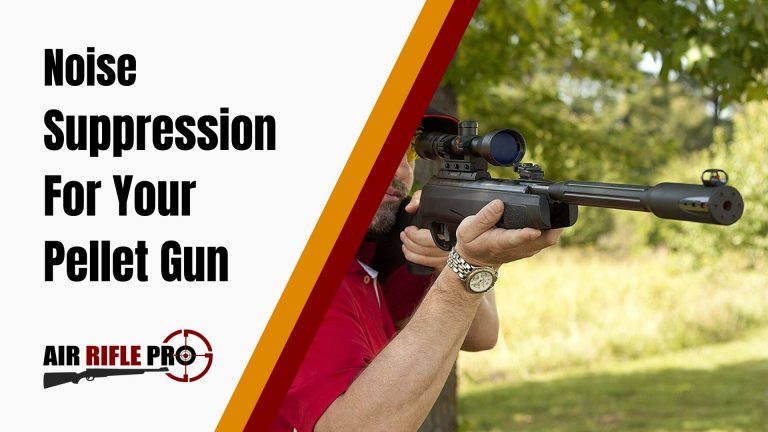 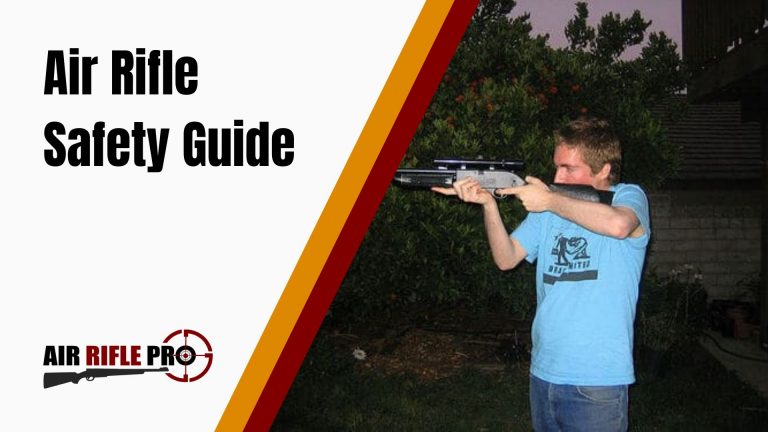